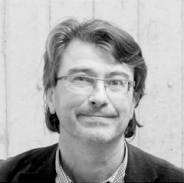 François Vallotton is Full Professor of Contemporary History at the University of Lausanne. His research focuses on cultural and media history from a Swiss and transnational perspective.

After completing a thesis on the history of francophone Swiss publishing, he collaborated on an editorial project devoted to the history of the Swiss Broadcasting Corporation, the third and final volume of which was published in March 2012. Since 2003, he has developed numerous teaching and research projects on the history of radio and television with the broader aim of integrating audiovisual sources into a history of the contemporary. In 2016, he co-directed the Swiss National Science Foundation project "Beyond Public Broadcasting: Towards an Expanded History of Television in Switzerland, 1960-2000" with Anne-Katrin Weber. The main ambition of this project was to propose a new critical perspective on the field of television history, the theoretical preconditions of which this Living Book aims to specify. Co-founder of the Interdisciplinary Center for Historical Sciences and Culture at the University of Lausanne, François Vallotton is a research associate at the Center for Cultural History and Contemporary Societies at the University of Paris Saint-Quentin-en-Yvelines and co-founder of the METIS network, which aims to link different European institutes working on cultural history. 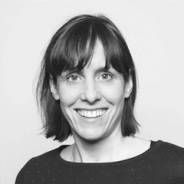 Dr. Anne-Katrin Weber is currently a Nomis Fellow at eikones - Center for the Theory and History of the Image at the University of Basel. Her research focuses on the archaeology of television.

Her first monograph on television exhibition in the interwar period will be published by Amsterdam University Press in 2022. She co-edited La télévision du téléphonoscope à Youtube: pour une archéologie de l'audiovision (with Mireille Berton, Antipodes, 2009) and has published several journal issues, including a special issue of View: Journal of European Television History and Culture ('Archaeologies of Tele-Visions and -Realities,' with Andreas Fickers, 2015) and Transbordeur. Photographie, Histoire, Société (‘L’image verticale. Politiques de la vue aérienne,’ with Marie Sandoz, 2022). Her articles have appeared in journals such as Grey Room, Necsus, and Relations internationals, among others. In 2016, she co-directed the Swiss National Science Foundation project Beyond Public Broadcasting: Towards an Expanded History of Television in Switzerland, 1960-2000" with François Vallotton. The aim of this project was to renew critical perspectives on the field of television history. The present Living Book is the result of this collaboration.